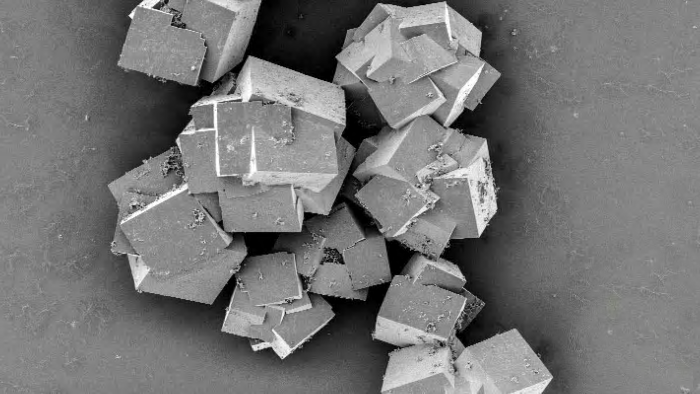 As the crisis in water supply drags on in Cape Town, sending city authorities scrambling to set up temporary desalination plants, scientists elsewhere have unveiled a new technique that could not only make seawater safe to drink but also turn it into a rich source of lithium for batteries.

According to a recent paper in Sciences Advances, researchers from Monash University and the Commonwealth Scientific and Industrial Research Organisation (CSIRO) in Australia and the University of Texas at Austin have developed a membrane made from a metal-organic framework, or MOF. This material mimics the filtering abilities found in organic cells, which allow some atoms or molecules to pass through it, while stopping others.

With further development, this membrane could perform the dual functions of removing salts from seawater and separating metal ions at the same time. That, in turn, could help to tackle two pressing problems: the enormous costs and energy consumption associated with current desalination techniques; and concerns over lithium supply in the face of rising global demand for batteries for mobile devices and electric vehicles.

MOFs are highly porous materials, made up of metal ion “hubs” and organic “linkers”, organised into crystalline 3D structures. They boast the largest internal surface area of any known material by unit of volume and it is their intricate internal structures that make them ideal for capturing and storing molecules. Chemists can engineer individual MOFs with different properties, by using different materials for hubs and linkers.

All this gives such membranes tremendous commercial potential, with proposed applications including everything from gas storage and air filters through to antimicrobial dressings for wounds and fabrics that protect soldiers against chemical attack.

“Separating chemical mixtures on an industrial scale accounts for around 10 to 15 per cent of the world’s total energy consumption.”

The environmental impact of MOFs could likewise be huge, says David Sholl of the School of Chemical and Biomolecular Engineering at the Georgia Institute of Technology. Separating chemical mixtures on an industrial scale, he reckons, accounts for about 10 to 15 per cent of the world’s total energy consumption. Water desalination is an example of such costly chemical separation but there are many more, including the refining of crude oil in the manufacture of plastics, polymers and fuels.

“In the chemical engineering world, we already know that there are far more energy-efficient ways to do these separations, perhaps more efficient by a factor of ten, compared to what we see today,” he says. “MOFs are a big part of that picture.” 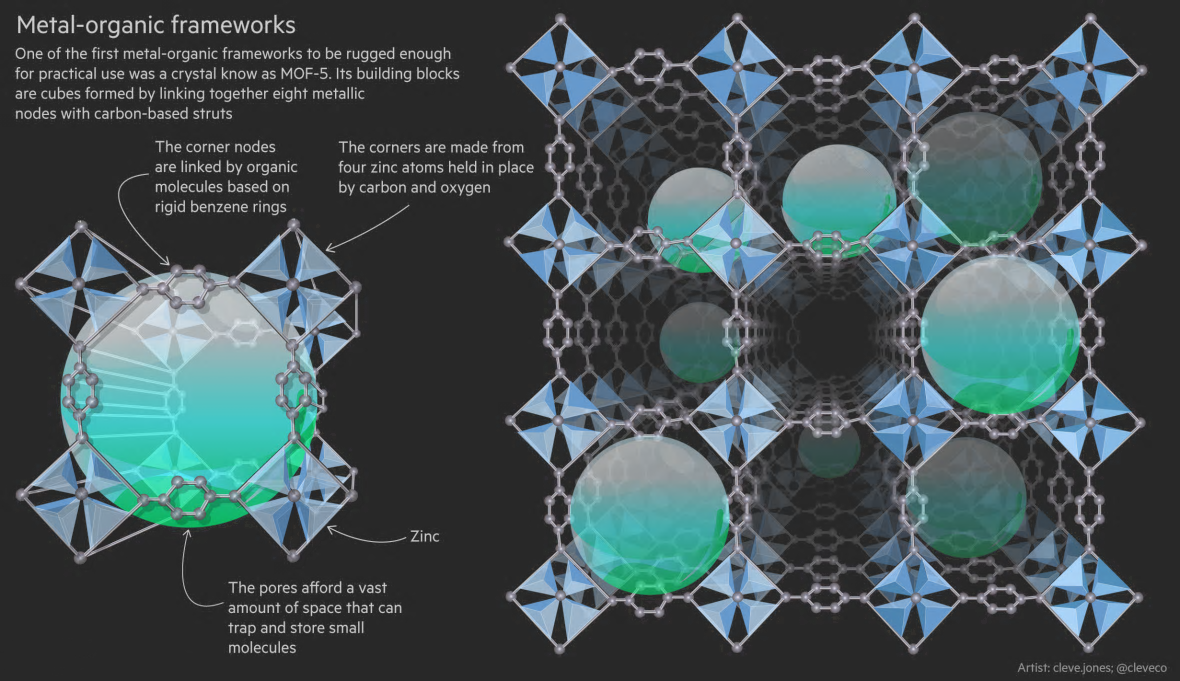 Membranes based on MOFs may also hold the key to performing industrial chemical separations on a continuous basis, rather than in the usual batches, says Dr Bradley Ladewig of the Department of Chemical Engineering at Imperial College London.

“Being able to do separations continuously would be far more efficient and would integrate better with other large-scale industrial processes in industries like petrochemicals,” he says.

Commercialising the technology will be a challenge, however.

Thousands of new MOFs are being developed each year by research teams in laboratories around the world. Less work, however, has gone into accurately testing their individual properties or assessing their suitability in different applications.

In this respect MOF Technologies, a spinout company from Queen’s University Belfast, has done more than most. It now offers 19 different MOFs that it can manufacture to order for commercial R&D departments and other researchers, explains Paschal McCloskey, chief executive.

This has involved dramatically scaling up the company’s production facilities. Most labs produce such membranes in small quantities, often using a simple pestle and mortar. MOF Technologies started out that way when it was established in 2012 but now hit as built a production plant that uses a small industrial extruder.

Today, the company could potentially produce a couple of hundred kilogrammes of product a week, says Mr McCloskey. “But this is still a nascent market,” he observes.That said, it has already notched up some commercial success: Logistics company Decco uses the company’s TruPick product in the US and Turkey to keep stored apples fresh, using a disposable sachet a containing a gas that prevents fruit from over-ripening. The product currently going through official approval processes for use in other fruit-growing parts of the world.