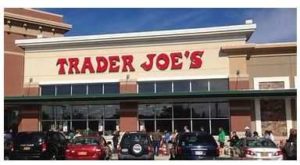 Trader Joe’s grocery chain just announced that as soon as possible it would be switching its receipt paper in all stores to one void of BPA and BPS, two known endocrine disruptors. Bisphenol A (BPA) is commonly used to make thermal paper, used for receipts and airline luggage tags, as well as linings for plastic and metal cans. Bisphenol S (BPS) is a common replacement for BPA, but recent studies show that like BPA, BPS interferes with the normal functioning of cells.

The FDA banned the use of BPA in baby bottles, formula packaging, and children’s cups in 2012 following concerns that the chemical could disrupt development in babies and children. It has not, however, been banned from other food-adjacent materials, such as can linings and pizza boxes. Both BPA and BPS can be absorbed into the bloodstream through the skin, thus increasing the danger linked with their presence in commonly handled receipt papers.

“While the potential health risk is highest for cashiers, wait staff, librarians and anyone who regularly handles paper receipts, the general public is advised to limit contact with the receipts as much as possible,” reports Food Dive. (Organic Authority, January 24, 2018, http://www.organicauthority.com/trader-joes-to-remove-bpa-and- bps-from-its-receipts/)