Looking for a job or smart investment? The energy efficiency field is an increasingly good bet for workers and financiers. Here’s why: new data show it employed 2.25 million Americans last year — more than the combined total of jobs to produce coal, oil, gas, and electricity (including renewables).

These data are contained in the 2018 U.S. Energy & Employment Report (USEER), compiled by the National Association of State Energy Officials and the Energy Futures Initiative, a nonprofit think tank founded by former Energy Secretary Ernest Moniz. The groups secured private funding to continue the report, which the US Department of Energy had previously issued in 2016 and 2017.

“Over the last three years, the most surprising finding has been the sustained growth of energy efficiency jobs,” the groups said in releasing their report, noting a 3% increase from 2016 to 2017. Their release said the efficiency sector has “flattened electricity demand, driven greenhouse gas reductions, made American manufacturers more competitive and created millions of jobs. 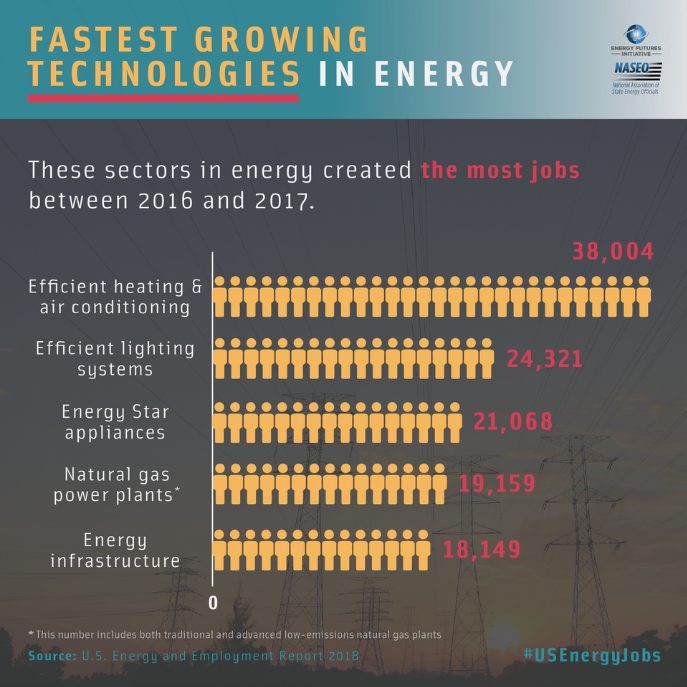 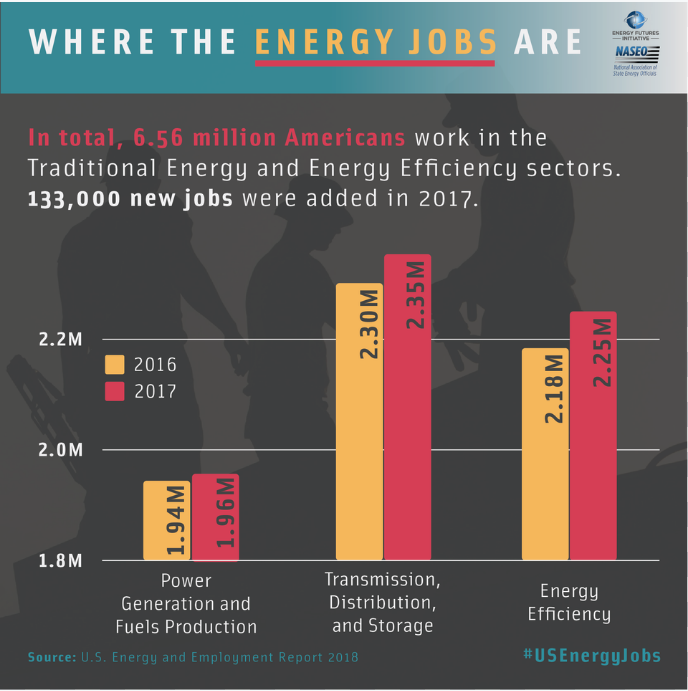 The report counts part time or full-time workers who design, make, or install ENERGY STAR®-certified products or install other advanced building materials such as insulation. The majority of these jobs — 57% — are in construction, where workers install efficient insulation, windows, lighting, and heating and cooling equipment. Others occur in manufacturing, wholesale trade as well as professional and business services. 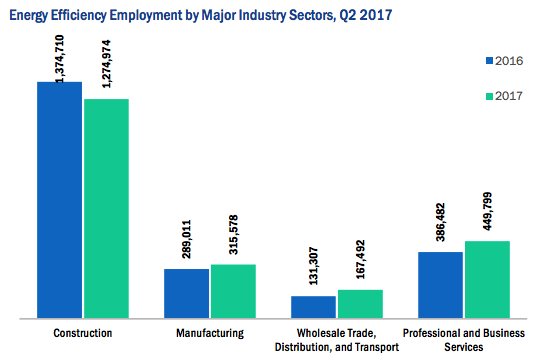 The efficiency job tally is a conservative number. It doesn’t include jobs related to energy-efficient manufacturing processes or combined heat and power systems. It doesn’t include indirect jobs that result when customers spend or invest the money they save in lower energy bills somewhere else in the economy. It also doesn’t include the 650,000-plus jobs that the report said are focused on increasing fuel economy or transitioning to alternative fuels, and it doesn’t include retail jobs. Citing Bureau of Labor Statistics, it said another 4.2 million Americans work in retail trade industries that sell or distribute ENERGY STAR appliances and building materials, along with other products.

The report said more than 60% of energy efficiency employers, especially in the construction industry, have difficulty finding qualified job applicants because of a lack of experience, training or technical skills. On a positive note, it said these employers expect efficiency jobs will increase 9% this year.